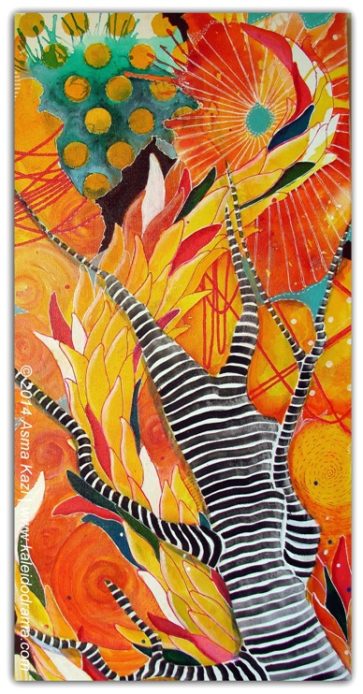 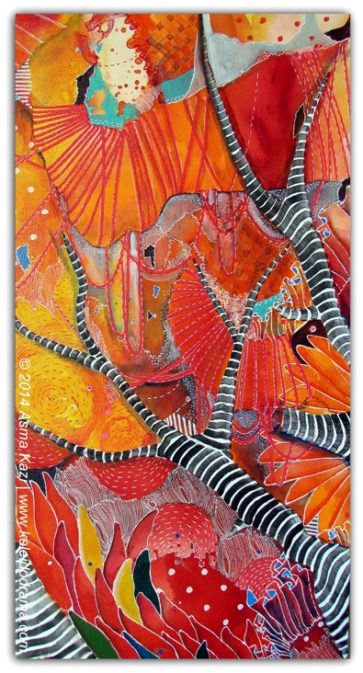 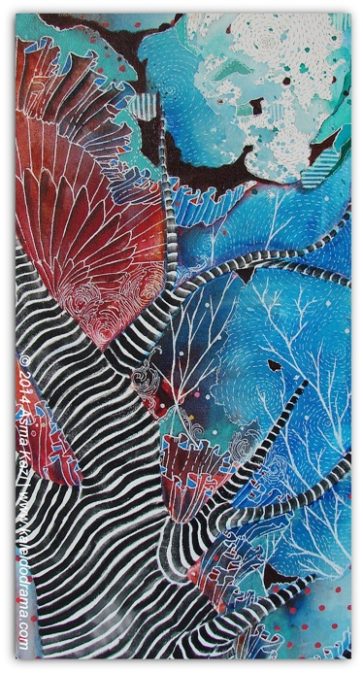 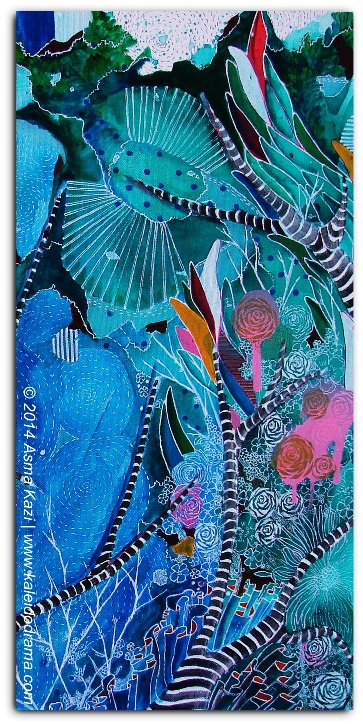 For a season, a reason or a life time.

The narrative I feed on, of a creative process that requires no pre-planning. No rough sketches. No erasing. Of just putting paint to canvas, and coming out of a color filled trance after a few hours, a few days, with a piece of art that wows me as much as it does another.

It is a narrative that jars against the processes of a commissioned work. It screeches as it looks for a semblance of freedom of the impromptu, within the confines of the client specs.

It has been a huge challenge for me, to work in a way that does not come very easy to me, but it is a process I am starting to enjoy very much.

Brief: Four or more Panels. A tree depicting the change in seasons.